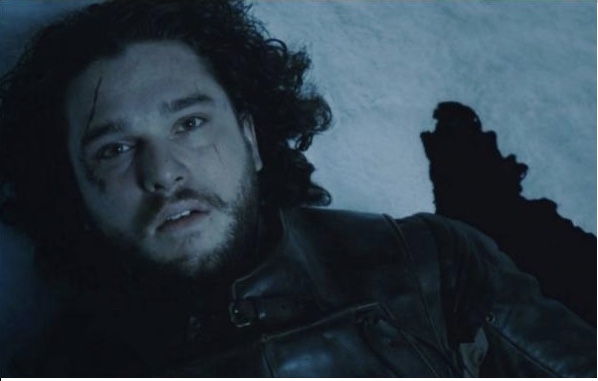 If you’re a fan of Game of Thrones, by now, you’ve probably seen the fourth episode in what’s building to be one of the most epic seasons (season 6) since the show’s inception. Scratch that, if you’re a fan of GoT you’ve definitely tuned in to watch episode 4 of season 6. In fact, you’ve probably re-watched it, dissected it in your mind, discussed it with your communal GoTers, read about it on a blog and watched it some more. It was pretty fucking epic. If you haven’t seen it stop reading and go watch it now. Right now. At this very moment.

Titled Book of The Stranger, in this latest installment we witnessed some prime awesomeness. Jon Snow reunited with Sansa, in what has to be viewed as a major emotional victory for House Stark. The “let’s fuck each other and have kids” twins, Cersei and Jaime Lannister, make moves to restore order, and ultimately privilege, in King’s Landing.

Tyrion is out in Meereen flexing some political wit as he looks to settle things with both current and former slavers, and consequently, The Sons of the Harpy. Theon finally returned home to the Iron Islands and a thoroughly pissed off sister, Asha. Little Finger (or Petyr, whatever you prefer to call him) is back, conniving the shit out of crazy-ass Lysa Arryn’s pathetic heir.

And Ramsay, fresh off killing his father, and feeding his infant step-brother and step-mother to blood thirsty dogs, is still doing evil, menacing, sadistic shit, like killing more people (this time Osha, the Wildling chick who was watching over Rickon) and sending grim letters to Jon Snow at Castle Black. I definitely hate Ramsay more than I hated Joffrey. So much so I may punch Iwan Rheon (the actor that plays Ramsay) in the throat if I ever see him in these streets. Not for real though. Still, fuck this guy! (Ramsay, not Iwan). 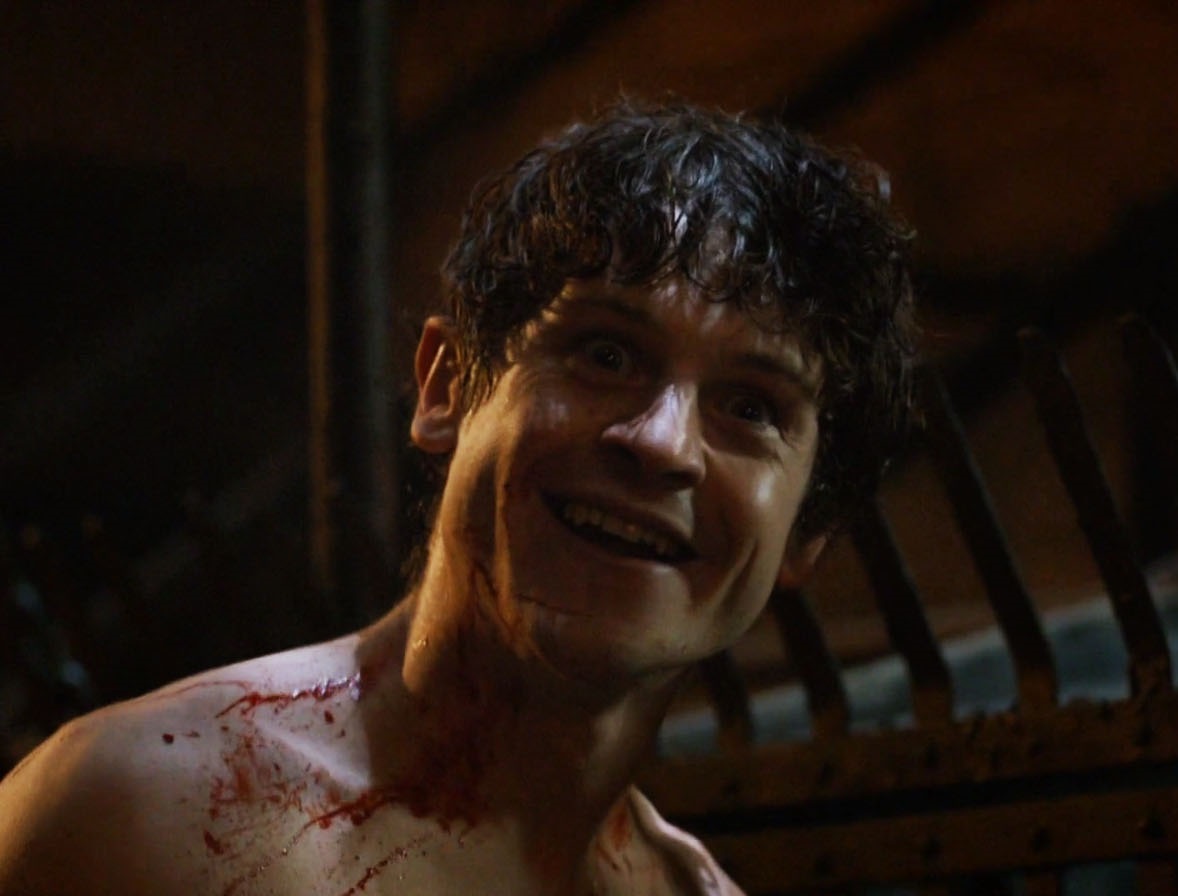 Most important, Daenerys Targaryen the First of Her Name, The Silver Queen, The Unburnt, Mother of Dragons, Breaker of Chains, Khaleesi of the Great Grass Sea, literally burned the motherfuckin’ house down (again) enroute to strengthening her claim to the Iron Throne. This is the second time we’ve witnessed Emilia Clarke’s nude body emerge from flames and it was just as enjoyable as the first. (Side note: I wouldn’t mind if Emilia Clarke was naked amidst fire every episode. I’m certain it boosts ratings. Who needs clothes when you can survive fire? David Benioff and D.B. Weiss, make this happen!) One last moment worth mentioning: Brienne detailing Stannis Berratheon’s last moments (before subsequently beheading the life from him) to a bamboozled Davos (oh, you didn’t know this crazy motherfucker burned his own daughter, your beloved princess who taught your illiterate ass how to read, so he could win a war that he ended up dying in anyway?) and her recollection of Renley’s death while mean mugging the shit out of Melisandre. All that said, a lot of cool shit happened this week, to say the least.

This episode was a wonderful primer to what I hope will be more epic awesomeness. But while we’re all feeling great and eagerly anticipating what comes next, please do not forget what this show is and what it’s about. GoT exists to fuck with your emotions. Just when you feel like things are finally headed in the right direction, and your favorite character is catching all the momentum, and your serotonin levels are raised to monumental highs, GoT will swoop in and gift you a crushing blow to your limbic system, crumbling your happiness with annoying apathy.

Someone you love, cheer for and/or enjoy watching will die. They will die a terrible death. And this time they’re not coming back. They’re really going die (permanently).  What’s worse is no one really knows who that character is yet (aside from the actors and show runners).

Unlike previous seasons, season 6 does not have a corresponding book. There is no source material (at least not published) that we can use to prepare our emotional state for what comes next. Though I’ve only read through one of the five books in George RR Martin’s A Song of Ice and Fire series (they’re enjoyable, but also dense as hell, and laborious as shit to power through) every season I’ve usually been able to surmise the dooms of my beloved characters prior to its on-screen delineation thanks to A Wiki of Ice and Fire.

And while there’s some material from previous books that coincide with this season’s storyline, I have a hunch that everyone, devout book readers and novice show watchers alike, will ultimately be surprised (in most cases, meteorically disappointed) once episode 10 concludes. So consider yourself warned and take this for what it is.

While I have my own thoughts on who’s headed to meet the Lord of Light (wouldn’t it be terrible if they brought Jon back just to kill him again?), I do know without a doubt that it will be a significant loss (Sansa, Tyrion, Brine, Jaime, Cersei, Bran, Rickon or even Arya – ain’t nobody safe in the seven kingdoms no more). I say this with the utmost confidence because we’ve already lost Ygritte (Jon’s Wildling love interest), Oberyn (and also the rest of his family) and a whole gang of Starks (Ned, Catelyn, Robb and his beautiful wife). ALL PEOPLE WE LOVED!!!! Oh, also Tywin and The Hound. But nobody really cared for them. They needed to die.

The point is we’re headed to episode 5, the midpoint of the season. History tells us that episode 7 usually hosts the season’s cinematic climax, and someone usually dies either during this dreadful hour or in the following weeks (episodes 8 and 9, not 10). Thus, your favorite character only has, at most, 3 hours of screen time left before they’re dead. Enjoy them while you still can. 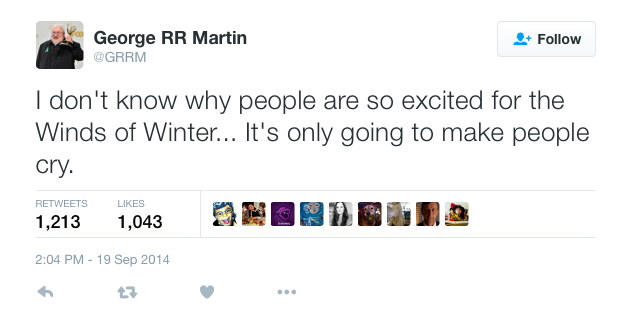