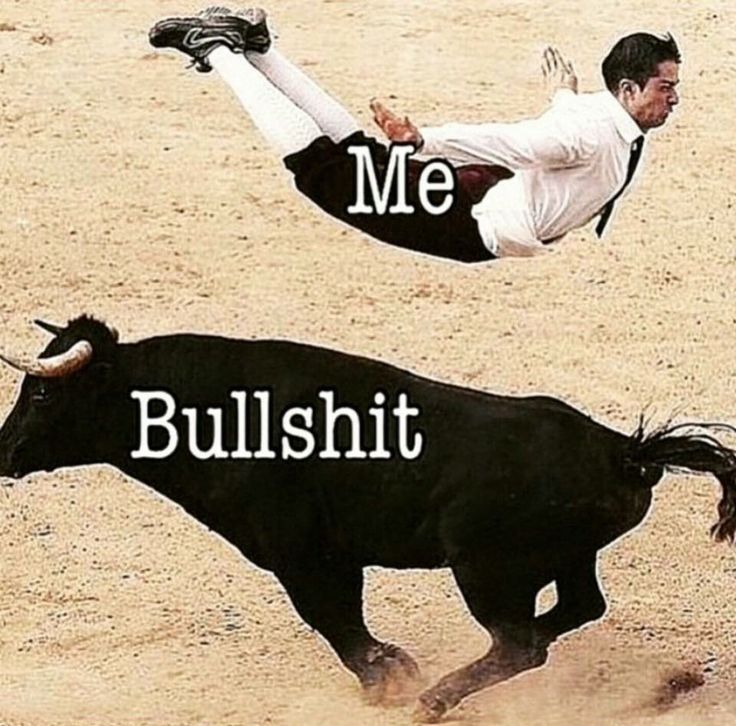 This past weekend a friend of mine blessed me with tickets to Chris Rock’s Total Blackout Tour. (I have some amazing people in my life!) It was a pretty dope show, although I’m probably a little biased because Chris Rock is one of my favorite comedians. Jeff Ross roasted a bunch of people — two of which looked like a brother & sister couple from Children Of The Corn — Yvonne Orji’s jokes were hittin’ (wit her ol’ fine, Nigerian self), and Rock was his vintage, story-telling best.

One of my favorite parts (and there were many because his set was about 2 hours long) was when Rock talked about raising his children and how he ensures his daughters know that when they leave the house no one outside their humble abode gives a fuck about them. (He also stated that the level of fucks given by people in the house may be in question at times.) It’s a notion worth instilling, especially given the constant disregard society shows for Black and Brown lives. But racial context aside, it’s a sentiment that EVERYONE needs to be reminded of from time to time.

Like the middle-aged, white guy who felt compelled to tell me how the retailer I work for used to carry “really cool shit” like “leather jackets” and “thick ties” and other fashion trends that died in the late 1980s. And how “it’s a real shame” that the company I work for has begun catering to “Millennials” and their obscenely “tight clothes.” And how selling stuff crafted outside the US is Un-America. And how society needs to stop being so sensitive and politically correct. And how white people are under attack for exercising free speech, and other dumb-ass, privileged shit a middle-aged white man might say to a (not-that-young) black man.

It’s commentary that I could’ve done without, mainly because it wasn’t useful in helping me locate the XL polo shirt he requested. Also, I genuinely didn’t give a fuck. I perpetually don’t give a fuck. Because despite whatever disclaimers people use to preface their offensive bullshit, I already know it’s just their way of expressing just how much they don’t care about everyone who isn’t just like them.

Whether it’s celebrities like Tyrese who stay stuffing their foot in their mouths about what’s acceptable for women in terms of dress, sexuality, and beauty choices. Or overzealous parents like LaVar Ball who feel the need to call out folks’ deceased mothers for not being present in their child’s life. Or journalists, who feel it’s necessary to tell us that a Japanese racer winning the Indianapolis 500 on Memorial Day weekend hurt their fucking feelings. (Because, Murica, y’all!) People can’t wait to tell you the many ways their limited viewpoint is just so right. Hell, I got cousins and ‘nem who stay tryna Chefboyardee some bullshit under the thin veil of “truth” or “transparency”. STOP IT! I’m not here for it.

I don’t care that everyone is entitled to their uninformed (or misinformed) opinions. I’m not obliged to listen. (Unless I’m at work because a nigga got bills and child support to pay.) Engaging with nonsense won’t help either of us. You’re not going change your opinion. And I’m not going to be suddenly enlightened by what you’re telling me. The world would be a better place if some of you spare us your false prophesies. And your dumb ass advice. And your judgmental thoughts. And your short-sided ideals. We want that shit about as much as 45 wants to be President right now. Not. At. All.

Just live your life, b. And if one day the zombie apocalypse finally comes and somehow the universe reveals your opinion to be the most supreme and righteous in all the land, then good for you. But at that point, it won’t matter. Because dead motherfuckers will be trying to eat you. You’d be better served beefing up your cardio and stocking your shelves with Bush’s Baked Beans than giving us your thoughts. Your breaths are limited. Save them for yourself.

It’s fitting that my first post in more than seven months is a follow up to my last. Back then I wrote about how the Spurs opened up a can of three-day old Whoop-Ass on the choking-ass Warriors. My, what an NBA season it has been.

The Spurs were swept last night by an utterly dominant Golden State Warriors squad. The result was a mere formality, one all but assured when their franchise staple and dark horse MVP candidate, Kawhi Leonard, aggravated his ankle during the initial game of the Western Conference Finals. Despite dismantling the Warriors in two of their three regular-season match-ups — the first of which I already wrote about and another that doesn’t really count since both teams rested a bulk of the players that mattered — the Spurs possessed a small chance of unseating the reigning Western Conference champions. Even with their most important player healthy, the Spurs had very little margin for error and needed to execute their game-plan flawlessly in order to legitimately challenge the Warriors — a feat they accomplished for roughly 3 quarters before Leonard’s unfortunate demise.

The Warriors have been playing on another level, maybe even in another stratosphere, during the second half of the season. Despite Kevin Durant’s injury, Golden State has only lost once in more than two months. Following their destruction of the Spurs, Golden State now enters The Finals with an NBA record 12-game winning streak and a double-digit scoring differential. Though their starting center sidelined due to injury, and their other Splash brother struggling offensively from the field, the Warriors seem well equipped for their inevitable championship rematch against LeBron & Co.

But before we bury the Warriors in a metric shit-load of superlatives and explore the vast storylines of Warriors vs Cavaliers III, let’s take a moment to analyze the most intriguing narrative belonging this year’s Western Conference Finals losers. The 2017 NBA Playoffs have been absolute shit. The post-season has produced only a few competitive games in a sea of utter blowouts. And while most of us, both diehard fans and casual observers alike, have been eagerly anticipating yet another Finals rematch from the past two years — especially following Durant’s decision to head to Oakland — the pomp and circumstance leading up to it have been uninteresting. Given the lack of collective competitiveness we’ve witnessed, no team is likely to challenge to the existing power structure without landing a coveted free-agent this summer or the next. Well, no team except the Spurs.

The Spurs can’t be counted out simply because, at this point, their competitiveness is all but assured. They’ve been consistently formidable for nearly three decades. Their five championships — which would be six had it not been for a fortuitous rebound and a clutch corner 3-pointer — have spanned 20 years. The last time they missed the playoffs the United States hosted the Olympics. It’s a level of competitive consistency that few professional franchises, NBA or otherwise, have ever reached. What’s more impressive than San Antonio’s longevity are the methods they’ve used remain there. The Spurs have demonstrated a masterful ability to retain and retool talent without sacrificing wins. Greg Popovich’s genius exists in his ability to develop obscure players while also adapting his offensive system to fit whatever trend currently permeates the NBA. Many have been quick to dismiss the Spurs as being “boring” for as long as I can remember, but no one can deny the results of their unique brand of basketball. Plus, the fact that they’re a located in San Antonio, Texas, an unassuming, small-market city, makes their success even more compelling.

All of which makes this summer so intriguing. The Spurs ability to regenerate their roster will be tested like never been before. San Antonio’s free agent signings in recent years, most notably LaMarcus Aldridge and Pau Gasol, haven’t exactly panned out as well as they’ve hoped. Aldridge was expected to carry the torch that Tim Duncan once bore — a transition that was largely expected to mirror Duncan’s ascent when David Robinson departed for retirement. However, the big man has been inconsistent during his professional tenure in Texas. While he’s been complicit in playing second chair to Kawhi Leonard’s growing stardom, his game is still predicated on pick-and-roll schemes and long two-pointers — a shot that has increasingly become one of the least effective in today’s NBA. Moreover, he’s failed to increase his presence in the paint on either side of the ball. Couple that with Gasol’s age and untimely disappearing acts, and the ROI with respect to their contracts have been minimal.

Where the Spurs continue to be successful is building through the draft and anonymous free-agents. The storied careers of Tony Parker and Manu Ginobili are evidence enough. But the meteoric emergence of Kawhi Leonard, the utility of Danny Green, Patty Mills, and Jonathon Simmons, as well as the promise of Kyle Anderson and rookies Dejounte Murray and Bryn Forbes, serves as proof of the Spurs’ exceptional scouting and development. The most obvious questions surround both Parker and Ginobili, both of whom are in the twilight of their careers with the Frenchmen suffering a season-ending injury against the Rockets in the Conference Semis. While retirement seems likely, the return of these future Hall of Famers isn’t out of the question, if not for their effectiveness on the court, then their development off of it.

The decline of Parker and Ginobili creates opportunity for Mills and Simmons. Both players are suitable replacements for their aging counterparts, but they will be free agents this upcoming summer. Though the Spurs are likely to retain both of their services, they won’t come cheap. Jonathon Simmons has played his way into a lucrative multi-year contract after showing bursts of brilliance, especially considering he once paid $150 to audition for a D-League roster spot. Patty Mills has consistently grown his presence for a few years now. After showing flashes during last year’s defeat to the Thunder during the Western Conference Semifinals, Mills went on a tear during last year’s Olympic Games, notching an impressive 21.3 points per game. And despite his dismal showing against the Warriors in this year’s WCFs, Mills has shown a strong command of Pop’s offense while shooting 40% from beyond the arc off the bench this past season. Re-signing both players has to be a top priority for San Antonio’s front office.

Yet, in the event that they aren’t able to come to terms with both players, the Spurs still remain in enviable position. Third-year man Kyle Anderson, along with rookies Dejounte Murray and Bryn Forbes, have shown promise during their brief NBA careers. Once known for his sleuth like facilitating style — think of a younger, more nimble version of Boris Diaw — “Slo-Mo” Anderson erupted last July during summer league play. Anderson’s arsenal has yet to fully blossom when the games actually count, but there’s no denying the offensive talent that he possesses. As for the rooks, Murray filled in nicely during Parker’s regular-season injury spell, notching wins his first 7 games as a starter and Forbes is a 3-point specialist with Curry-like range.

It’s no accident that all three players racked up significant minutes during the Spurs’ final game of the season. And while their numbers left much to be desired, this trio of young players played with poise and looked increasingly comfortable on the big stage.

In an era dominated by super teams fabricated from free agency, the Spurs have remained competitive the old fashioned way: through scouting, drafting, and development. Whether they can continue defying odds remains to be seen. But as long as Popovich is on the sidelines and R.C. Buford is negotiating contracts, they seemed poised for deep playoff runs and more championships. And that’s worth applauding.