When I was a young boy, living in the (inner) city (of Detroit), I did young boy things, like read comic books and participate in Boy Scouts. Contrary to the stigma associated with the Boy Scouts of America, I learned a substantial amount of life skills. For instance, I know how to sculpt a race car from a block of wood, the importance of deciphering knots (I got that Bowline and the Double Fisherman on lock, fam), and ways to peddle stale popcorn to strangers in front of K-Mart. (Before there were fire-ass mixtapes, there was fire-ass popcorn in these streets, son. Fuck them Girl Scout cookies.)

One of the best perks of Boy Scouts were camping trips. I’m not talking about the modern version of camping that we’ve become accustomed in which you sleep in an air-conditioned cabin with wifi and propane powered stoves. I mean actual camping, with a tent, a military-style duffle bag, a compass, a Swiss army knife, and a book of matches, outside in the gotdamn woods, with animals and shit.

They were remarkably enjoyable; a welcomed escaped from the gritty confines of the Motor City. For 3 to 5 days all that consumed me was playing Capture the Flag, shooting shotguns, canoeing down rivers and hiking through nature’s beauty. I loved it. Every bit.

But it certainly had its drawbacks. There’s only so much camp fare a puberty stricken teenager can stomach before he morphs into a primordial monster. We gotta eat instant oatmeal, again? FUCK! 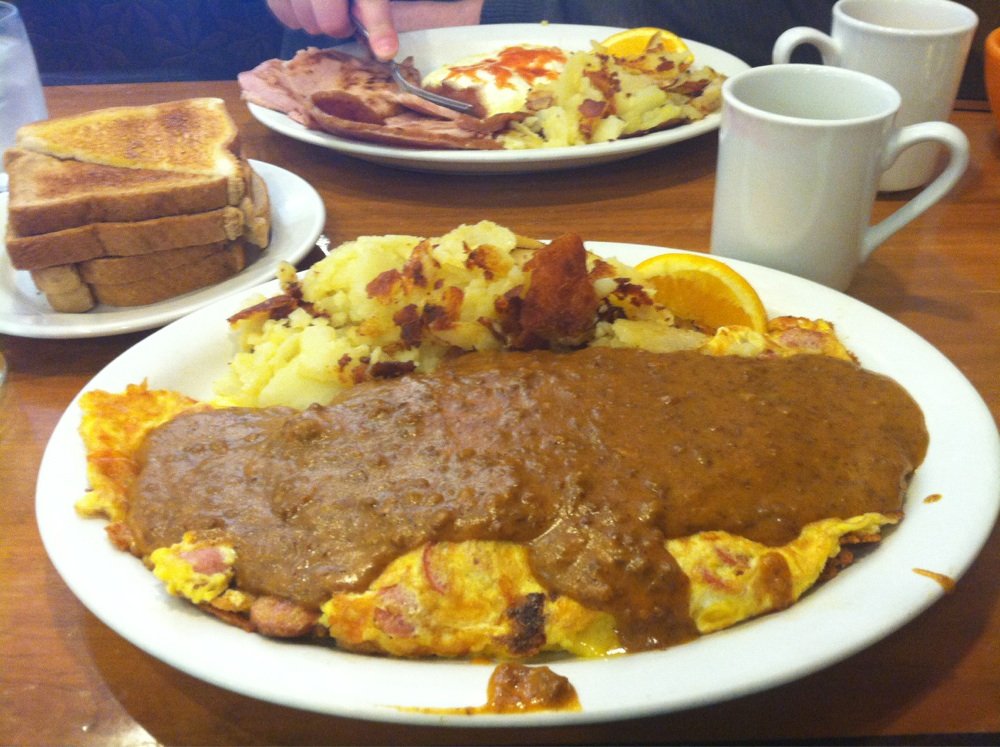 After my mother scooped me and my brother up from the drop-off location following our outdoor escapade, she’d take us to our favorite Coney Island spot, L. George’s on Six Mile and Schaefer. We’d stuff ourselves until our bellies were full and wash down the high caloric mass of fat and cholesterol with Vernor’s. It was the best food ever. Or at least we thought it was, back in 1998.

This is how I feel about Frank Ocean’s much-anticipated album, Blonde, but stylized as Blond because apparently that’s a thing these days.

Only, I haven’t been living in a tent in Northern Michigan. It’s Christopher Francis Ocean (born Christopher Edwin Breaux) who’s been tucked away in the abyss of his creative wilderness for four long-ass years.

I should mention that I wasn’t always a Frank Ocean fan. While I did enjoy Channel Orange, I didn’t listen to it until about a year ago. Before then I wasn’t inclined to tune into Frank Ocean. Had it not been for his vocals on Jay-Z and Kanye’s Watch The Throne, the news surrounding his sexual orientation, the countless memes poking fun at the timeliness of his sophomore project, and a former female acquaintance, I’m not sure I’d even know who he is. Eh, that’s a little dramatic. I’d probably still know him without all that other stuff. But I doubt I would have listened to his album any earlier than I did. I just wasn’t intrigued.

With that said, I like many other Frank Ocean stans, eagerly awaited the release of Boys Don’t Cry. It wasn’t just about a follow-up to an impressive debut. We’ve been waiting on Lauryn Hill to bless us with a second studio album for years now. But, you know, she’s predisposed to making negroes wait for shit.

It was more about what Ocean’s music represents: a new wave of R&B sound; an experimental foray of euphonic noise that speaks to our souls. Much like Janelle Monáe, Miguel, The Weeknd, Anderson .Paak, and The Internet, Ocean’s music feels like the beautiful offspring of George Clinton’s Parliament Funkadelic, Prince, and Erykah Badu, backed by The Legendary Roots Crew.

There’s no denying that Frank is an incredibly creative human being capable of producing quality music. While his voice isn’t anything to write home about, his keen wit and eclectic musical production is worth a listen.

Which brings me to Blonde. I’ve been waiting so long for this album that I wanted to devour it whole while savoring every nuance. I craved this latest iteration of alternative R&B like a blood-thirsty zombie feening for living flesh. I needed this to be everything that it was hyped to be (in my mind): proof that Frank Ocean is indeed the millennial version of Jimi Hendrix.

While this chaotic record satisfied my basic appetite, contrary to what I’m sure Pitchfork will say about it, it’s not the greatest thing I’ve ever listened to. It’s not even what I hoped for. It’s palatable mediocrity. It’s a collection of melodramatic, electric funk cacophony, with a few witty lyrics weaved in.

Here’s a brief side note: Endless was kinda fresh. And by fresh, I mean it in the sense that the music was decent, and it put away the notion that Frank Ocean was somewhere in a ritzy Beverly Hills condo, trolling the shit out of people with his extended absence. But how entertaining can it be to watch multiples of the same guy in a shop class, listening to music he created? That’s like watching Kanye exist in the world while he ogles at the many works of genius he’s bestowed upon us, ordinary folks. Minus the duplicates, we’ve seen this shit before.

Blonde was an enjoyable journey for the sixty-one minutes I devoted to it, immersed in its arbitrary oblivion. But once I emerged from the rabbit-hole 18 tracks later, I found myself asking, “What on Earth did I just listen to?” followed by, “Was this supposed to be random?” and finally, “Holy fuck, that was André 3000 on the track!”

If you’re a Frank Ocean evangelist, I imagine his latest work will elicit feelings of Nirvana, and you’ll likely categorize the project as an instant classic. If you’re a hater, you’ll probably feel grave distaste and utter disappointment, assuming you’re even open to giving it a spin. However, for the average fan who enjoys good music, like me, it’s aight. It’s not terrible. But it’s also not a masterpiece of epic proportions.

It’s very much like the coney dogs and chili-cheese fries I inhaled years ago following my excursions into the wilderness. It tasted great because I was yearning to sink my teeth into meaty cheesiness. After all, for days I was merely getting by on soggy oats and cardboard disguised as granola. However, my growing appetite, coupled with consuming less desirable food, should not serve as an indicator for Coney Island’s awesomeness. It’s still an acquired taste. While (some) Detroiters will vehemently swear by it, it’s not the culinary awesomeness that it’s declared to be. It’s delectable while you’re eating it, but no one in their right mind should eat this shit more than twice a year. Hell, I rarely eat it when I make my biennial trips to my hometown. (My palate has matured. And I should visit Detroit more often.)

Blonde has a few profoundly beautiful moments. “Nikes” is pretty dope (the track and the video) and André 3000’s feature on “Solo (Reprise)” sent the world into a frenzy when he dissed Aubrey “I Stay In My Light-skinned Feelings” Graham. We find young Frank at his sincerest on “Siegfried” where he transitions from discussing a break-up to penetrating reflections of his own life. It’s some deep shit layered in there. 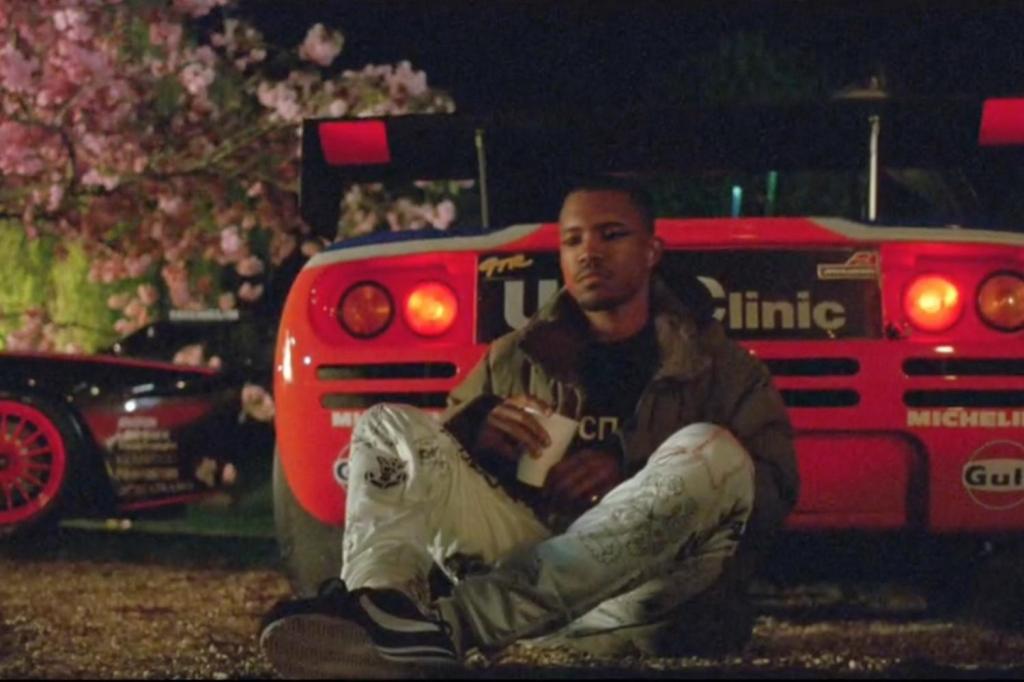 But there’s too much randomness, and apparently, I’m just not cool enough to get it. Like, why is Ocean’s mama emphatically preaching about the perils of drugs, particularly marijuana? (Does she not know weed is Heaven sent?) Or why does the album close out with a slew of mashed up, uninteresting interviews, seemingly recorded on someone’s iPhone? Why does that shit matter? Why, Frank?!

It’s like nuking Tostino’s Pizza Rolls in the microwave, staring at them as they rotate, and waiting patiently for them to cook. Only once you remove the savory snacks from the large clock that occasionally cooks shit, you realize a few are still slightly frozen, even though they’re all hot on the outside. Like, how? HOW, SWAY?!

I’m not going to replay Blonde this week. Maybe not even the next two months. I’d much rather listen to Jamila Woods’ Heavn. (It’s really Heaven, but stylized as Heavn, because as I said before, apparently that’s a thing these days. And it’s free to download, so you don’t have to sign up for Apple Music.) Blonde is the musical version of the movie 300. I’ll give it another listen when I’m in the mood, but it’s not in my steady rotation. I ain’t stuntin’ it like that. Which makes it enjoyably average.