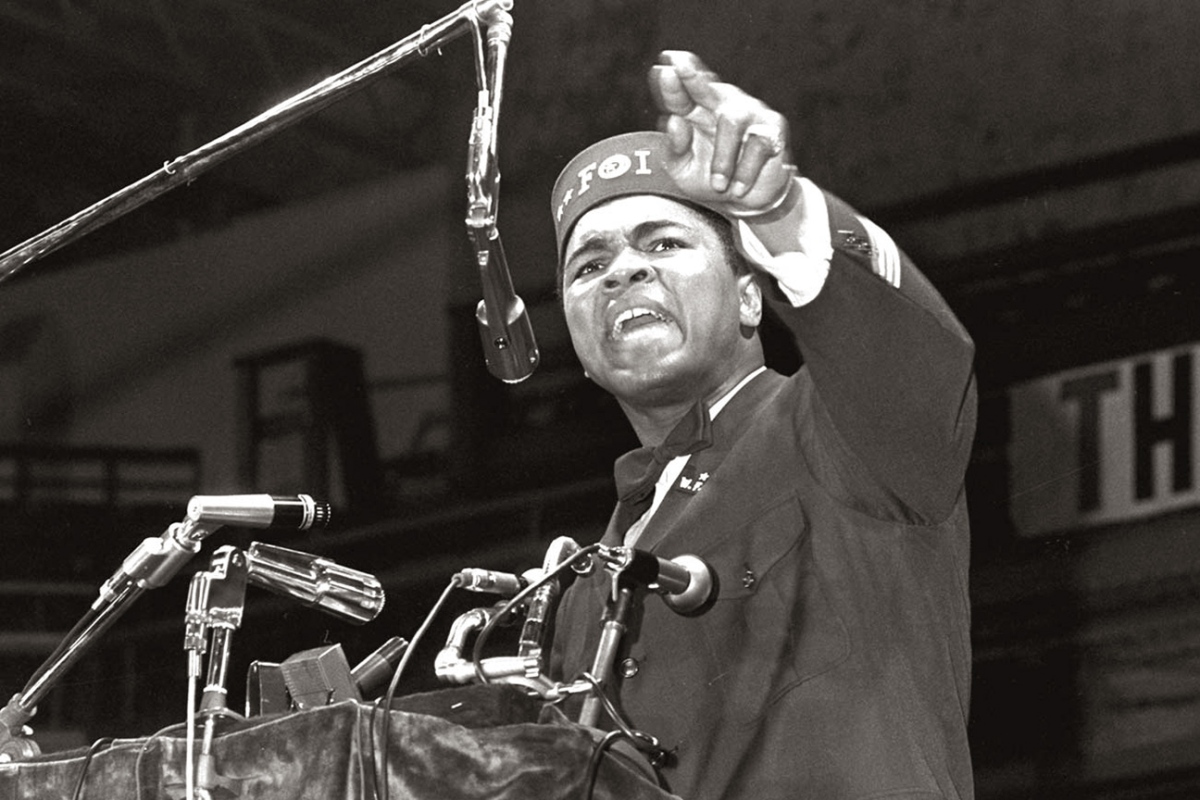 I’ve been struggling to find the words that adequately describe my appreciation for the life of Muhammad Ali. Since news broke of his death, I’ve observed some beautiful tributes over the past 36 hours. Some delineated his remarkable boxing skills and unwavering determination. Others mentioned his charismatic personality and buoyant confidence. A few dared to outline the incredible courage that defined his legacy during the racially tumultuous 1960s. The best ones did both.

I didn’t witness Ali’s vicious reign in the ring or his candid theatrics. I was a no-thought when he defied the government, routinely professed his faith, and publicly displayed his supreme indifference to the shedding of white tears. By the time I was old enough to appreciate his nobility, the Muhammad Ali that motivated and inspired the world with his brash outspokenness was all but a casualty courtesy of his brutal profession and the cruelty of Parkinson’s.

But one thing I do know, beyond a shadow of a doubt, is Ali didn’t trust many White folks. Outside of Howard Cosell, he affectionately referred to Caucasians as “White Devils.” After all, white people HATED Ali and weren’t shy about displaying it. (Some still hate him in the wake of his death.) They staunchly opposed his existence and routinely showered him with death threats. They hated his religious conviction, his brazenness, and his insolence. Most of all, they hated that he kept winning.

It wasn’t just that Cassius Clay became the champion of the world. White America has always been tolerant, even fond of, the docile Negro athlete; a black individual who’s extraordinary physical abilities entertain without challenging the established order of things. It’s one of the reasons why America lauds Russell Wilson and Stephen Curry but reviles Cam Newton and Richard Sherman. Make us awe but never demur us. Be victorious but don’t proclaim greatness.

No, Clay’s maturation was far more threatening than any punch he could ever throw. In becoming Muhammad Ali he evolved into the self-righteous Negro white folks gravely feared. Furthermore, the gentle giant sought to use his prestigious title as a platform to influence change. Ali was OUR hero.

Given all of this, there are a few tributes that I simply don’t understand. Donald Trump recognized Ali for being “A truly great champion and a wonderful guy.” This after questioning the existence of Muslim sports heroes altogether. While the oversized Oompa Loompa with a terrible comb-over has received a great deal of well-deserved criticism, it’s not the only demonstration of hypocrisy.

For instance, this afternoon, Louisville’s baseball team took on Wright State during the NCAA Regionals in caps adorned with “Ali.” On its face value, it’s a guileless act of appreciation. After all, Ali was born and raised in Louisville, KY, and his memorial services are scheduled to commence at the city’s KFC Yum! Center (possibly one of the dumbest names for an arena) this upcoming Friday. But it’s still tough for me to grasp this as a genuine gesture of appreciation.

College baseball is meteorically white. Not Hispanic, like it’s professional counterpart. It’s WHITE. And the University of Louisville, like most PWIs, has a disturbing history of racial insensitivity. Not to mention Kentucky selected Trump as its Republican nominee and will most likely vote for him come November.

So, allow me to ask, are you celebrating the life of a heavyweight fighter who merely beat up other black folks or an icon who defined a generation? One cannot be revered without the other. Ali’s presence isn’t only exemplified by his athletic superiority. His greatness is deeply rooted in his unapologetic Blackness. His aura is explicated by his unflinching desire to be exactly who he wanted to be. His faults and vulnerability made him relatable to the average man, further strengthening his impact.

Thus, if you are to celebrate Ali and his many accomplishments, you must also recognize him and his convictions. He should not serve as a caricature for your pleasure or a token for your cliched bullshit. He cannot be adopted into your agenda because he was the antithesis of its existence. He must not be trivialized to material accolades or discredited for his shortcomings.

We may never witness another Ali. Few have had the power to transcend their sport and influence social change – namely Michael Jordan and Tiger Woods – but they never displayed the courage to walk in his image.

It’s a notion that saddened me, but since his death, one that I’ve grudgingly accepted. For obvious scientific reasons, there can never be another Muhammad Ali. One cannot ever truly replicate another. But even if someone could imitate his actions within a similar context I’m not convinced it would be enough. Ali sits upon a throne on his own. And that’s what makes him “The Greatest.”